Based upon the success of their initial collaboration in the spring, Capital Health System in Trenton and the Princeton Center for Yoga &amp; Health will once again be presenting an eight-week Mindfulness-Based Stress Reduction (MBSR) course at the yoga center’s studio in Montgomery, beginning Sept. 24.

This is news, folks. 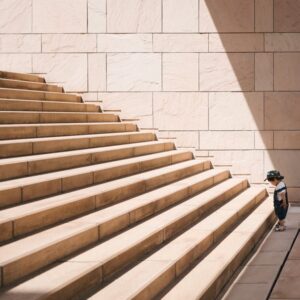 First, it’s news that Capital Health, based in Trenton, has joined other forward-looking medical centers throughout the country by establishing a department of ‘integral medicine’ the formal term for such complementary approaches to health and healing as mindfulness-based psychotherapy and stress management, meditation, yoga practice, hypnosis and self-hypnosis training, nutrition programs, fitness programs, and massage therapy.

It’s also news that the health system is partnering with an independent yoga studio, even a studio with PCYH’s excellent reputation. It isn’t all that long ago that such a partnership would have been unthinkable. But as clinical study has followed clinical study indicating that complementary therapies have a measurable influence on a wide range of health issues: chronic pain, migraine headaches, high blood pressure, tolerance of cancer therapies, sleep disorders, anxiety and depression, post-operative recovery ó attitudes have changed.

“Institutions such as Memorial Sloan-Kettering Cancer Center in New York City and the California Pacific Medical Center in San Francisco offer complementary programs to patients being treated for cancer, chronic cardiovascular disease, sickle cell disease, sleep disorders and undergoing operative procedures,”stated Robert Remstein, DO, vice president of Medical Affairs at CHS, when the department’s establishment was announced in May.

“At Capital Health System, we not only welcome Integral Medicine for these same purposes, but also open our doors to anybody who is searching for a complement to traditional pharmacology to address issues of pain, stress and anxiety,” Dr. Remstein stated.

The linchpin between both institutions is Pat Vroom, Ph.D., Capital Health’s director of Integral Medicine, a Princeton resident who has worked before with Deborah Metzger, LSW, E-RYT500,  PCYH’s director.

A psychologist with substantial clinical and research experience in mindfulness-based therapies, Ms. Vroom established Memorial Sloan-Kettering’s Mind-Body Program, based upon the work of Dr. Jon Kabat-Zinn, professor of medicine emeritus at the University of Massachusetts Medical School. Dr. Kabat-Zinn’s work has been featured in the Bill Moyers’ Healing and the Mind and in the book of the same title. More than 17,000 people have completed his Mindfulness-Based Stress Reduction Program, according to the UMass Medical School.

So, what are we talking about? We’re talking about an evidence-based approach that develops mindfulness ó that is, self-awareness, awareness of the mind-body connection &#8211; by introducing the practice of meditation and what Ms. Metzger describes as “gentle” yoga. The two women work as a team to guide participants through the MBSR course.

“Mindfulness is as simple and as difficult as living in moment-to-moment awareness. It is invoked by first paying close attention to your breath and then to every other aspect of your life,” Ms. Metzger said.” It’s not a deeply mystical thing unless people want to take it there. It’s a way of breathing, feeling, noticing what’s happening in the body, listening to what the body says. These is not about perfect asanas (classic yoga poses)”, it’s about people being totally aware of themselves, not about doing perfect yoga postures.”

The PCYH, which offers a wide variety of health-promoting classes and specialty programs, has hosted a research study for individuals with multiple sclerosis. Beginning next month, the center will be partnering with the Delaware Valley chapter of the National Parkinson Foundation by offering Yoga for Parkinson’s. Subsidized participation is available.

Go Ahead, Be Yourself!